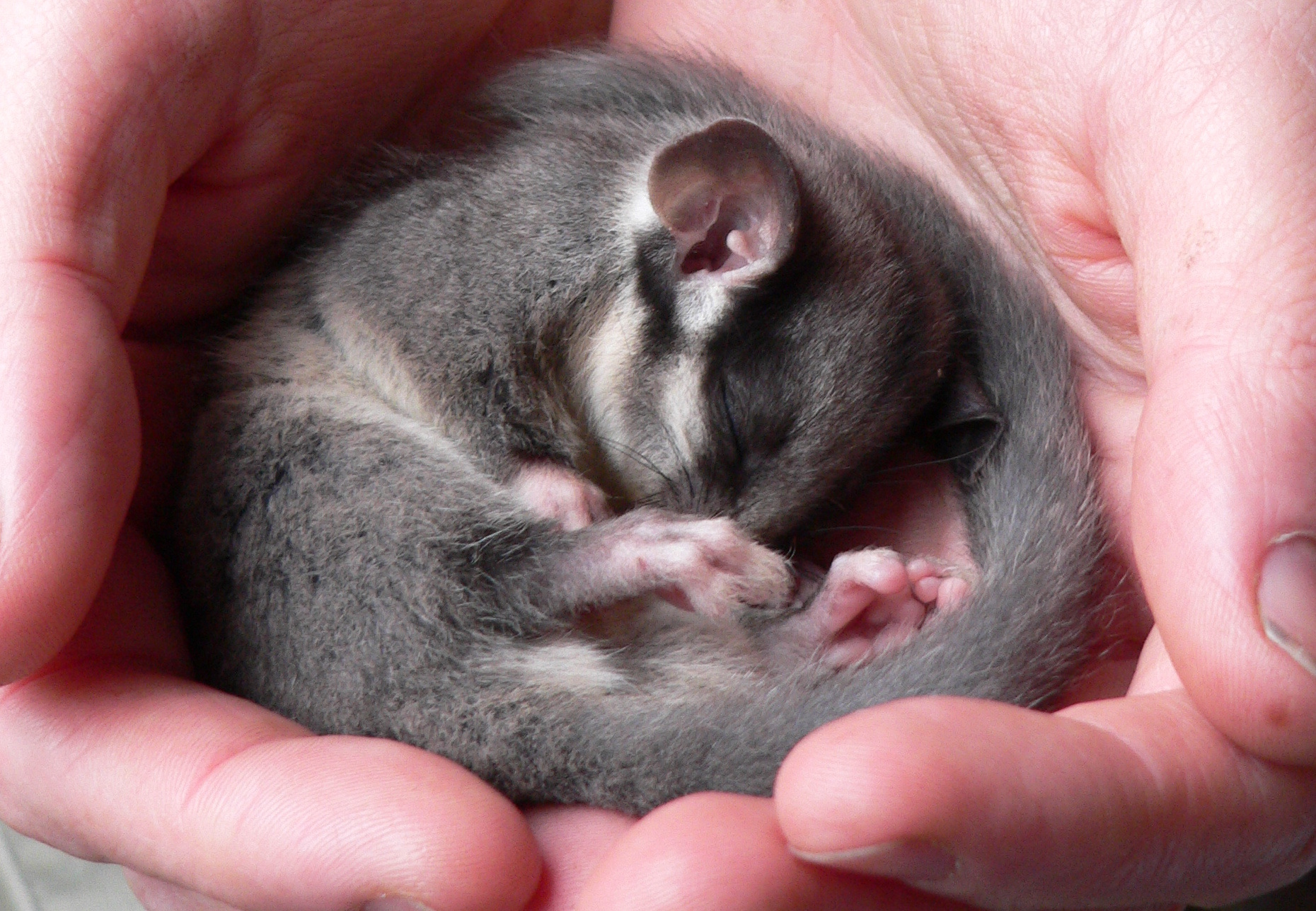 Most people have never seen a Leadbeater’s Possum in the wild. Victoria’s animal emblem is lightning-fast, nocturnal & lives high up in the tallest flowering trees on earth. And now, due to state-sponsored logging of their forest homes, these tiny marsupials are critically endangered—ranked number 7 on a list of Australian mammals tipped to become extinct in the next 20 years.

Leadbeater's Possums are so small they can fit in the palm of your hand. Because of their size and the way they flit from tree to tree, they’re also called Fairy Possums—blink and you’ll miss them!

Cute as they may appear, these petite possums are also extremely territorial, and won’t hesitate to defend their patch of forest from outside invaders.

Found in restricted areas of forest in the Central Highlands just 90 minutes north-east of Melbourne, Leadbeater’s Possums live and sleep in family groups of up to 12.

During the day, the family will doze together in their nest made of various barks and fibres, high up in the hollow of an old growth tree, like a towering Mountain Ash. At dusk, they’ll emerge and spread out to hunt for insects and wattle saps—making incredible leaps through the darkness of the understorey!

So what’s pushing these possums to the brink?

Clearfell logging has caused massive disturbance in the landscape. This method of logging involves the removal of all vegetation—except for a few so-called “habitat trees” that are allowed to remain in the otherwise-barren landscape. Afterwards, an intense fire is lit—a post-logging burn.

And it has been catastrophic for the Leadbeater’s Possums. Mountain Ash trees, which the possums depend on for survival, take more than a century to develop hollows—and more than 200 years before they’re large enough to house a family of Leadbeater’s.

The critically endangered Leadbeater’s Possum is one of the most-studied animals on the planet, and after three decades of extensive research, the science is clear:

If we don’t stop logging their forest homes, these possums will go extinct in our lifetime.

We have a vision how to protect these forests and inject millions of dollars into the communities that used to depend on native logging.

Learn more about our campaign to protect Victoria's forests.

They’ve beaten extinction once before.

It wasn’t until 1961 that an individual was rediscovered in the forests near Cambarville. Extensive searches since then have found the existing population in the highlands.

However, this population of Leadbeater’s Possums has been decimated after decades of logging and bushfires.

Footage of a Leadbeater’s Possum in a recently logged coupe, Central Highlands

How to save the Leadbeater’s Possum—for good.

Australia's current environment laws do not protect against logging or deforestation—opening the door to mass destruction of precious ecosystems, like the Leadbeater’s forest home.

Now is the time to for new, national nature laws to end extinction, and an independent body to enforce these laws.

Learn more about our campaign to Change the Laws of Nature.

We recently released a report exposing the logging crisis our unique forest wildlife is facing.

As our report points out, unlike other threats such as climate change, logging is one problem we can address immediately in order to help Australian animals survive.