Learn more about Movement For Life

This was the idea underpinning the “Crafternoon” event held last Saturday by the Wilderness Society's Arts & Activism grassroots team. The small gathering in Melbourne’s western suburbs was full of familiar sounds. There were the clicks of scissors, the telling of stories and the rump-a-tat-tat of old-school sewing machines as they got to work making pouches suitable for wallabies, possums and sugar gliders.

These pouches will be distributed to local wildlife rescue groups caring for animals that had been orphaned, injured and displaced by this summer’s devastating bushfires.

The event is a great example of how the Wilderness Society’s Movement For Life program is redefining local environmental activism. The grassroots community organising program aims to reach, connect and inspire people who love nature and gives them tools to create long term change in their local communities.

Wilderness Society community organiser Tria Manley says the Movement For Life program explores ways to shift the “hearts and minds of the people of Australia”. More than 2,000 people have undertaken training during the past five years leading to similar initiatives that put the power into the hands of local communities and networks

“They’ve done some really cool stuff from getting councils to declare climate emergencies and pass motions against deep sea oil drilling in the Great Australian Bight to developing powerful relationships with their elected representatives. One team in Queensland [halted] a tourism development that was going to destroy an epic piece of biodiverse rainforest,” she said.

Kate Loader, an Arts and Activism team leader, sees art as a powerful way to make activism more accessible, especially for those who may be reluctant to take part in traditional activism.

“You don’t need to be on the frontline chaining yourself to trees every weekend [to make a difference],” she explains. 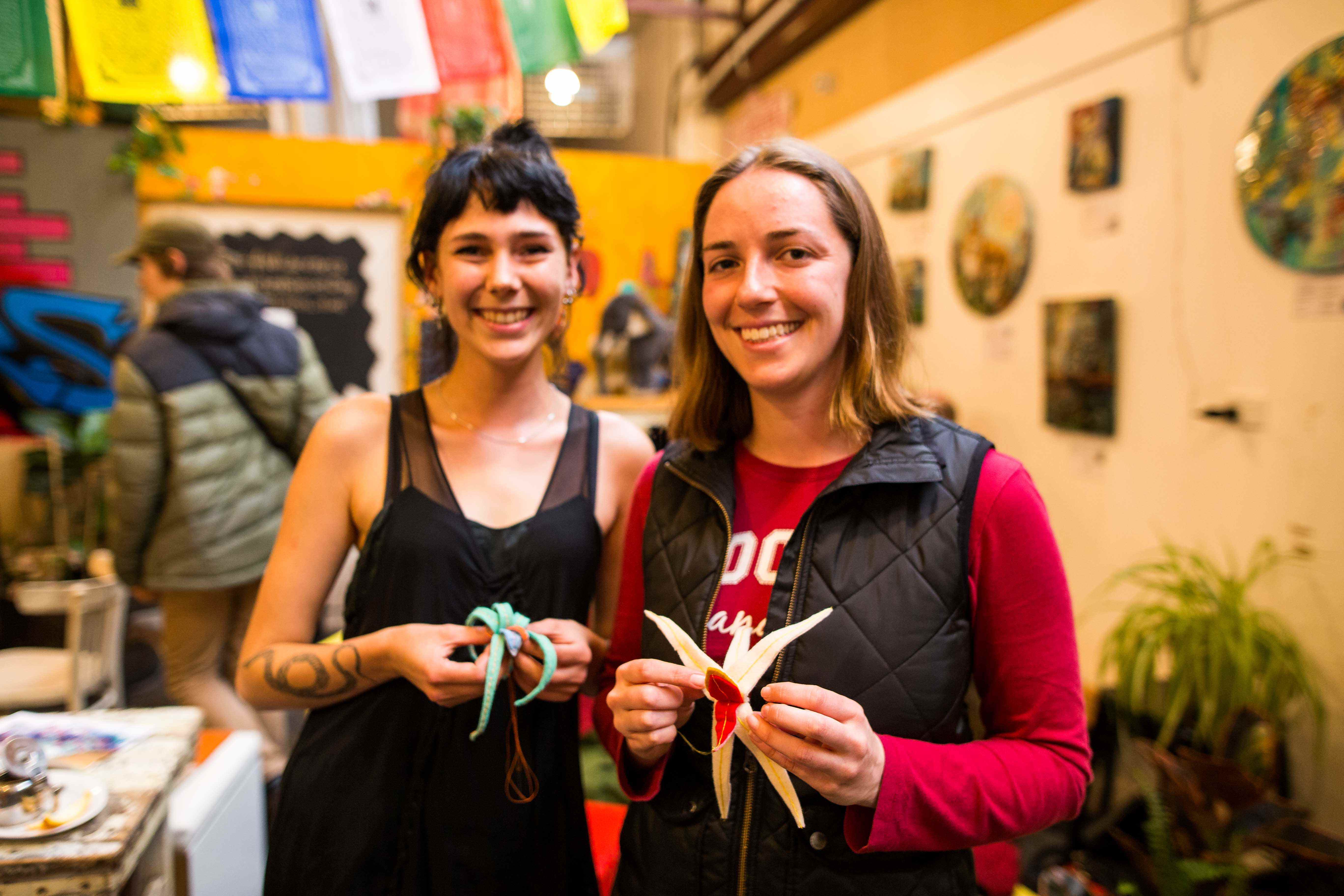 Declan Auden, a fellow team leader agrees. “My friends and the people I know, especially creative people, don’t necessarily want to go out and make a big racket and go to protests,” Declan says.

“It’s out of their comfort zone to do all those traditional advocacy things and so we had an idea of creating a group where people can make a difference through creative outlets.”

A lifelong creative, Kate views art as her “salvation”, an outlet to keep her sane in the face of “all the messed up things [happening] around the globe”. Her art is inspired by cherished memories shared with her father, Greg, watching bees and birds dance their way between the flowers.

However, like many others, Kate began feeling overwhelmed by the declining state of the natural world around her. She wanted to protect the environment she was raised to love and respect, but had reached a crossroads where she believed she would have to choose; either painting or activism, but not both.

Kate decided to get involved in Movement For Life training last year, where she met like-minded creatives Declan Auden and Stephanie Lewis. Through these training sessions came a lightbulb moment. What if art could also be activism, providing an outlet to express emotions and raise environmental awareness? Suddenly, her two passions appeared inseparable.

“When it’s an issue on a grand scale like (the recent bushfires) it can be quite overwhelming even knowing how to process what’s happened let alone knowing how to do something to help,” she explains.

Stephanie said the event gave her some relief from the anxiety she felt about the environmental damage happening around her.

“The environment is something that I feel intrinsically connected to,” she says. “What I have found is, in my life, I need a good garden and dreams that I can protect some part of the Earth some way.

“(But even) if I could find a block of land and live there with my closest friends and family, it’s still not the big picture—the rivers are still drying up and the climate is slowly but inevitably changing.

“This is something I take very seriously and it’s difficult to communicate this with people. That’s where the art of conversation comes in.”

It’s a fresh take on activism which we can expect to see more of in the future. Attendee Ethan Simondson was a newcomer to the environmental advocacy scene but was impressed with the new format.

“I am really enjoying this different angle on it. Protests are such loud things and it’s really powerful with thousands of people walking around with and supporting you,” Ethan said.

“But it is really cool now that I am seeing this side, which is just a small amount of people in a small house doing really cool things. I think that’s really spectacular.”

Find a group near you or maybe start your own